They come from all around

Small and medium sized businesses, both new and established, are significant sources of employment and wealth generation in Selkirk’s local economy. There are over 530 people employed in the retail trade, providing plenty of experienced staff at all levels for new and growing businesses. Sales and service occupations account for 1,094 people – 23% of all occupations. There were 83 businesses in the retail trade operating in Selkirk in 2018, with four businesses employing 50-99 people, and two businesses at 100-199 employees. Selkirk’s retail sector has critical mass with a diverse range of distinct businesses that draw significant traffic – this momentum helps new businesses get established by accessing more customers, faster.

Selkirk is the destination of choice for consumer retail and services for those living in the Manitoba’s Interlake and Eastern regions. Like the City’s regional health services, Selkirk’s well-established commercial hub continues to expand. Over the last five years, local commercial investment has totaled $81.7 million. Key investments include: Home Hardware, Canadian Tire, Sport Chek and Mark’s, Red River Co-op, as well as a commercial shopping mall. This unique complement of national brands and small businesses help to draw over 45,000 people to Selkirk for retail shopping and consumer services — that’s roughly four times the city’s population.

Businesses operating in Selkirk serve customers every day from a catchment area well beyond the city itself. Selkirk’s market area is described as a region made up of three distinctive trade areas:

Add the city of Winnipeg’s population of over 700,000, just 20 kilometers away, and we find ourselves with a significant and diversified consumer market to draw from. We routinely see Winnipeggers making the short drive north to Selkirk for a less harried shopping experience for everything from clothing to buying a new car.

For additional market data, please go to Data and maps. 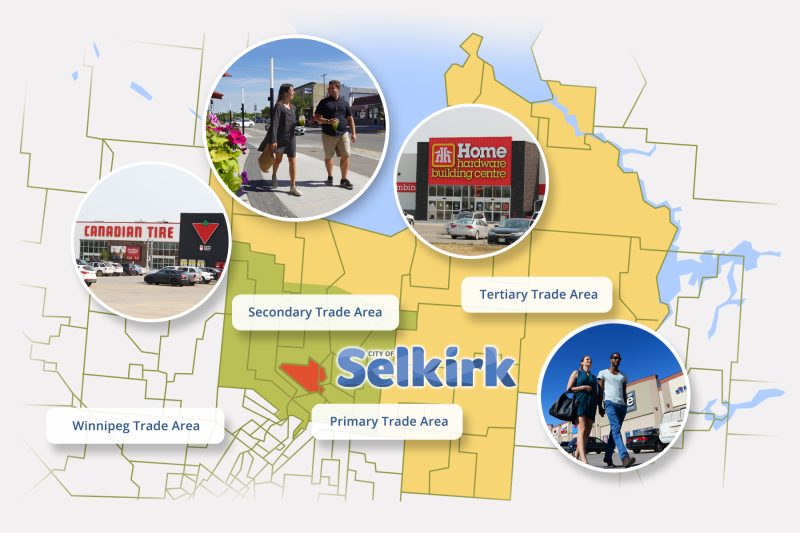 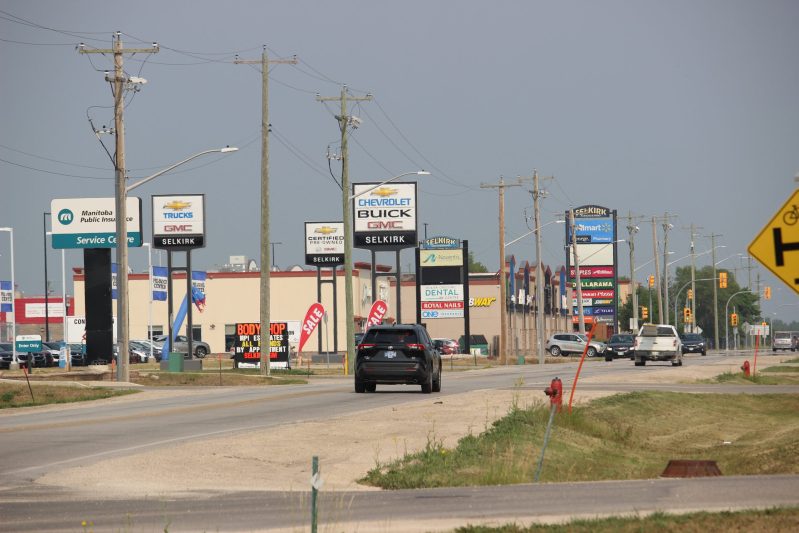 Positioned to provide high-quality commercial amenities within the region is the Selkirk Crossing – a large retail and service district located in the west end of the city. This 387,000 square foot / 34-acre power centre has introduced some of the biggest names in retail to the community, bolstering the city’s status as the major regional service centre. Those looking for a place to stay while in Selkirk for recreation, while shopping, or on other business will find the modern, newly built 84-room Canalta Hotel.

In 2020, the City of Selkirk announced its plan for the development of 670 acres in the city’s southwest, immediately south of Selkirk Crossing. Known as the West End Concept Plan, this investment has a projection of another 10,000 new residents and a ROI (return on investment) that will strengthen Selkirk’s capacity to serve the region. The Plan will accommodate a rich mix of integrated consumer and commercial businesses to serve the region and Selkirk’s growing community.